Recently, I did a comparison with a couple of wide angle lenses in the Panasonic Lumix range to check their resolution and their usability with add-on converters.

These MFT lenses were used:

The 20 mm lens is of course not a real wide angle lens, but it is included to serve as a reference for resulution in the centre. Its high quality is well-known. The same goes for the Olympus 60 mm.

Keep in mind that the MFT sensor has a cropfactor of 2.

So a Lumix 20 mm lens has about the same fov as a 40 mm lens on a full-frame camera.

These lenses were combined with the folowing add-on converters:

The Panasonic converters were specifically developed for the Panasonic 14-42 PZ lens, but I have also tried them on the wider Panasonic 12-32 lens. Both lenses share a 37 mm filter thread. The WAC has a 0.79 factor. 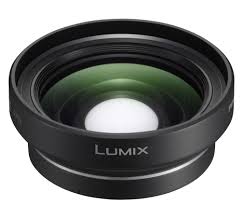 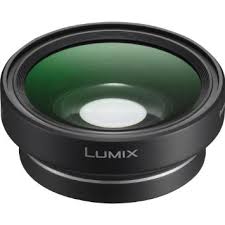 What I should mention here about the Pana converters; the attachment of these converters to a filter thread is done through an included plastic bayonet adapter. That is unfortunately not so sturdy and accurate. It is a rather bad and foolish construction that does not guarantee a very precise positioning of the converter. Hence we see some asymmetrical vignetting in the 12-32 with the Pana WAC. It would have been much better if these converters just came with a straight 37 mm thread (and a 46 to 37 mm step-down ring). This is a real blemish for an otherwise excellent piece of glass
The Minolta wide angle converter was originally developed for the Minolta Dimage A1, A2 & A200 camera’s. I have used it successfully on a Panasonic HC-X920 camcorder where it fits nicely to the 49 mm filter thread. For these tests, I mounted it to the tiny Pana 12-32 lens with the help of a 37 to 49 mm step-up ring. It has a 0.8 factor. 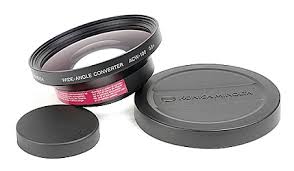 The huge Olympus wide angle converter was originally developed for the Olympus E-10 camera. I tried it in these tests on the Pana 14-140 with the help of a 58 to 62 mm step-up ring. It also has a 0.8 factor. 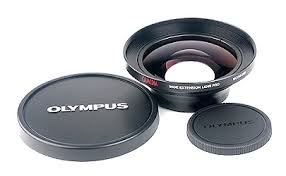 Al tests were done indoors with similar lightning (outside it was a sunny day). The camera is a Panasonic Lumix G7 in its standard configuration, with the highest possible quality. However some considerations were made to get cleaner and more comparable results:

You can download all pictures in a ZIP file,  but it is very large (544 Mb).  In that ZIP file you’ll find various apertures. This enables you to judge the effect of different apertures on vignetting and sharpness.

Here I will only show examples with f=8 to draw conclusions from.

You can click on all these pictures to open them at full resolution (16 Mp).

We start now with the Pana 12-32 lens without any converter attached to it: 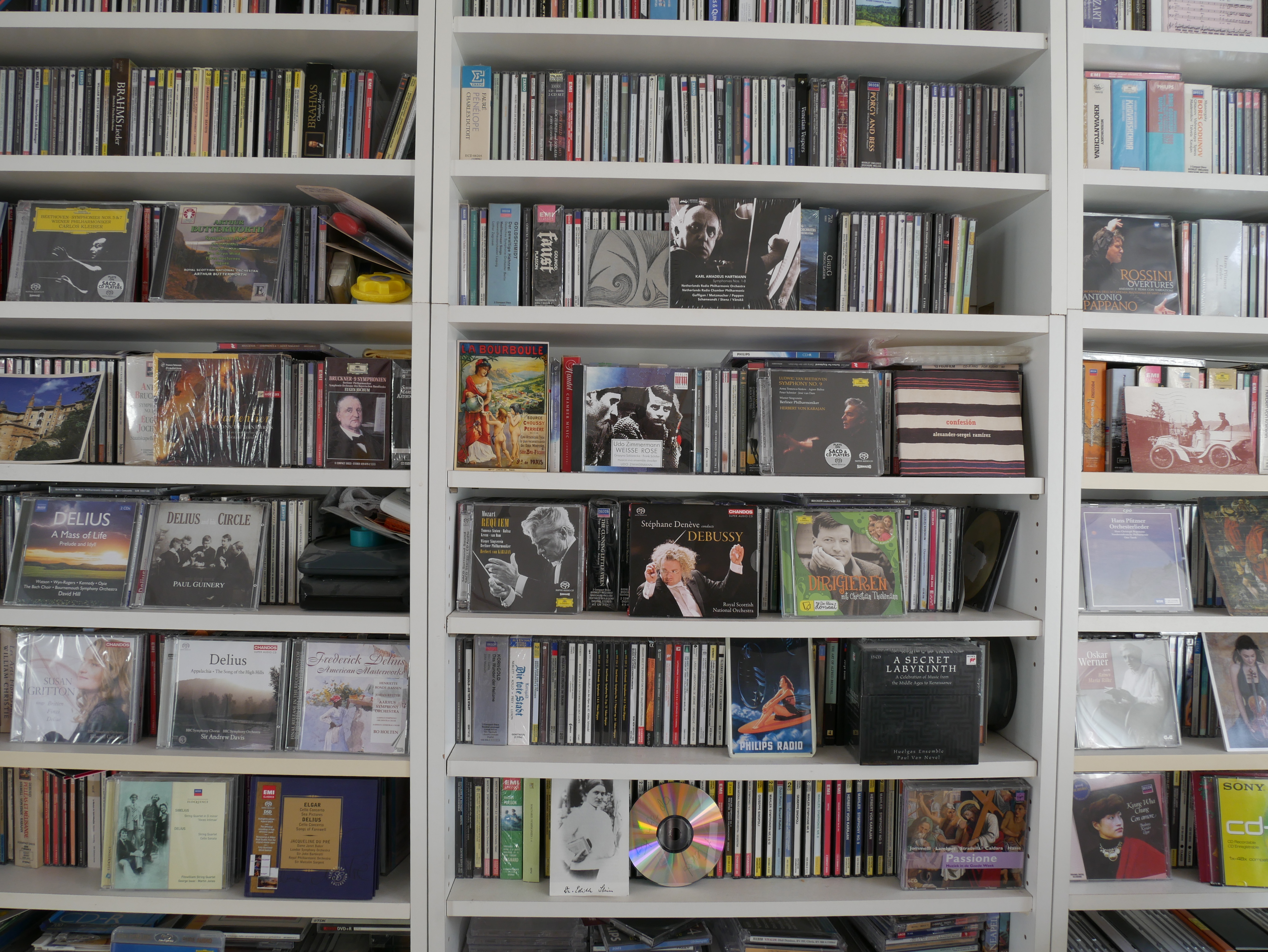 This shot (at 12mm) was done with the optimum f=8 aperture, and this tiny lens is relatively sharp. Considering its price and size it is a remarkable little lens.

You can compare the sharpness in the centre with the outstanding 20mm pancake lens (also at f=8): 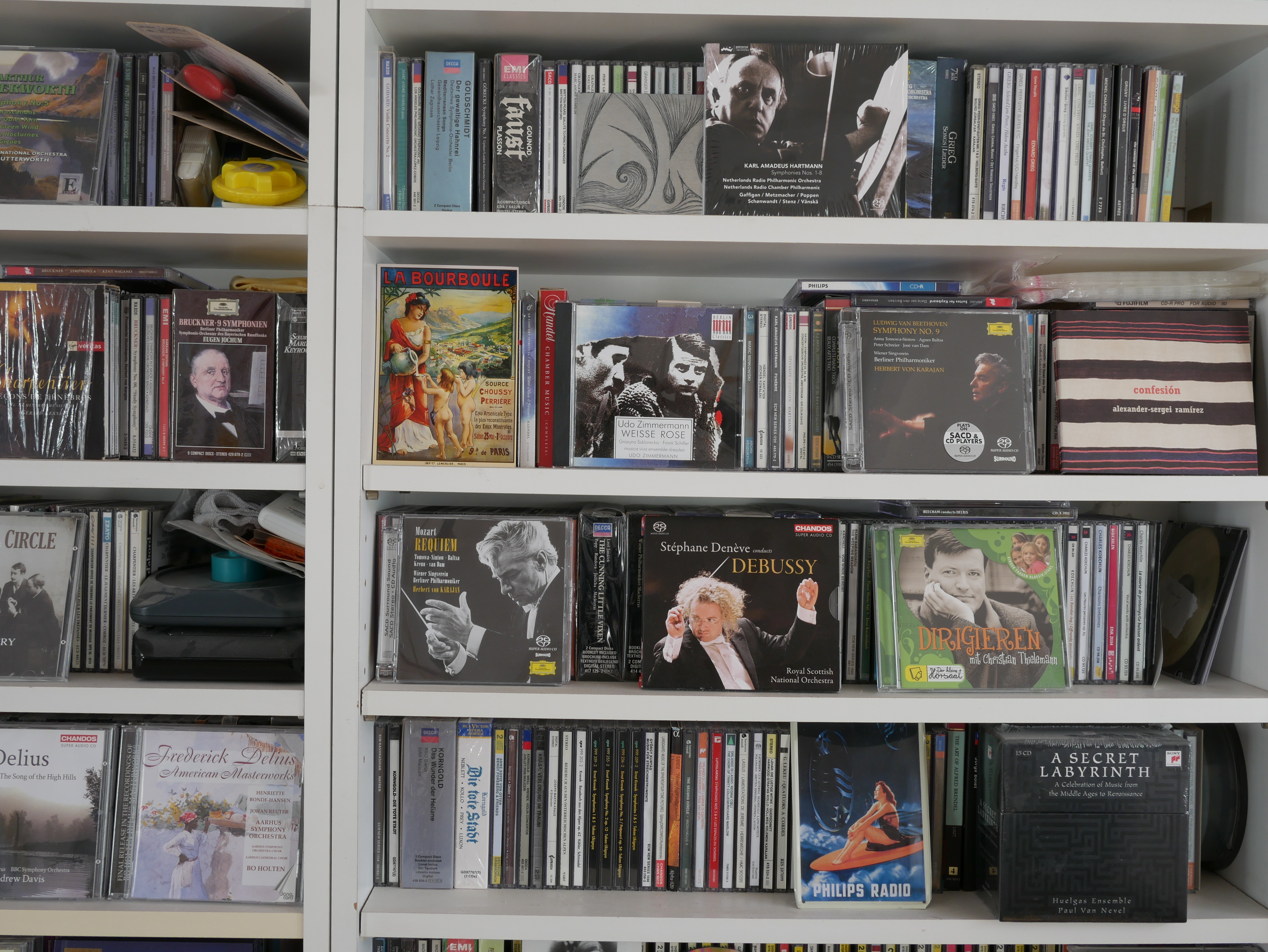 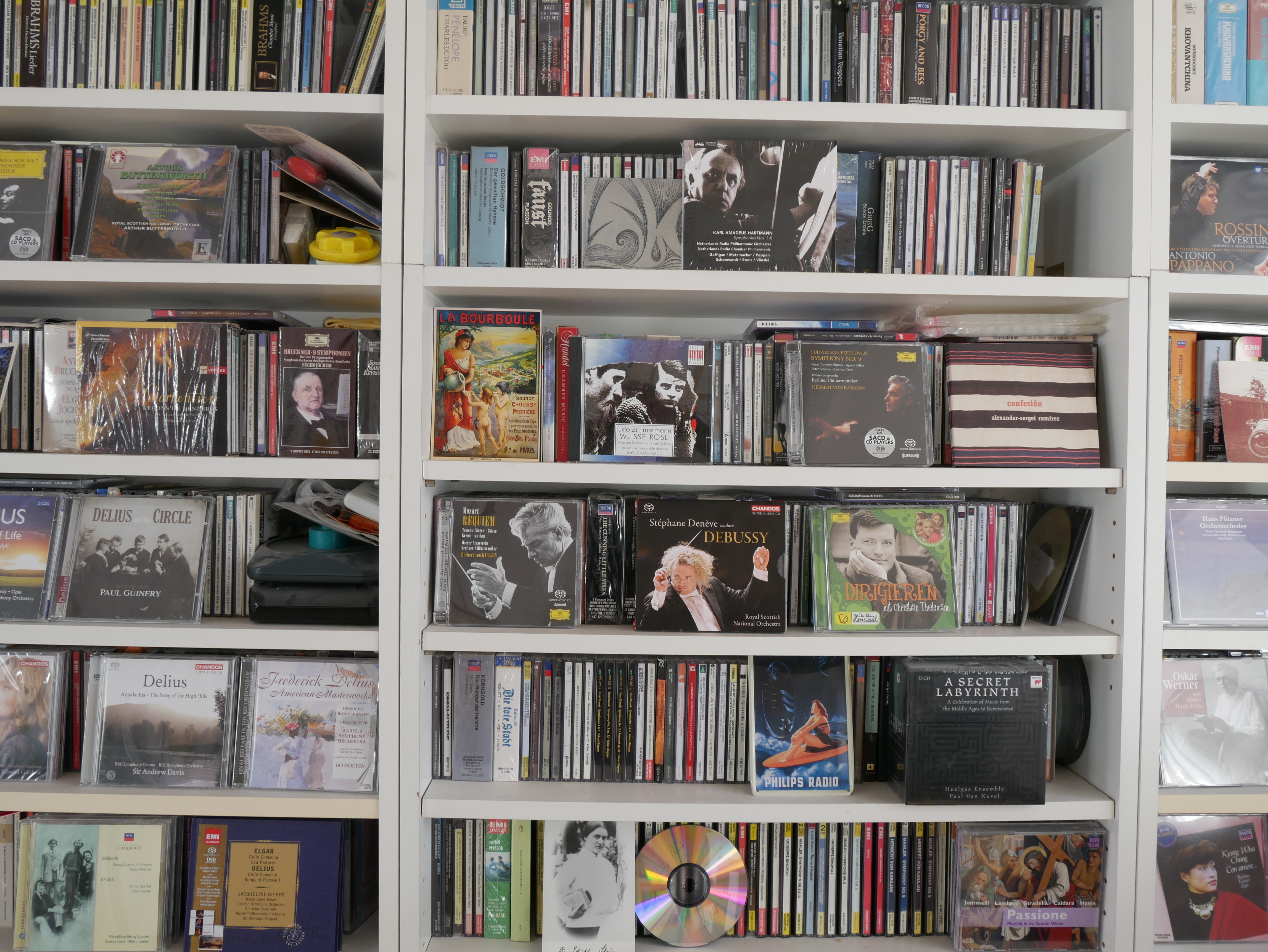 I would say this lens is a little bit less sharp than the 12-32 but it is still reasonably good, particularly for its small size when collapsed. 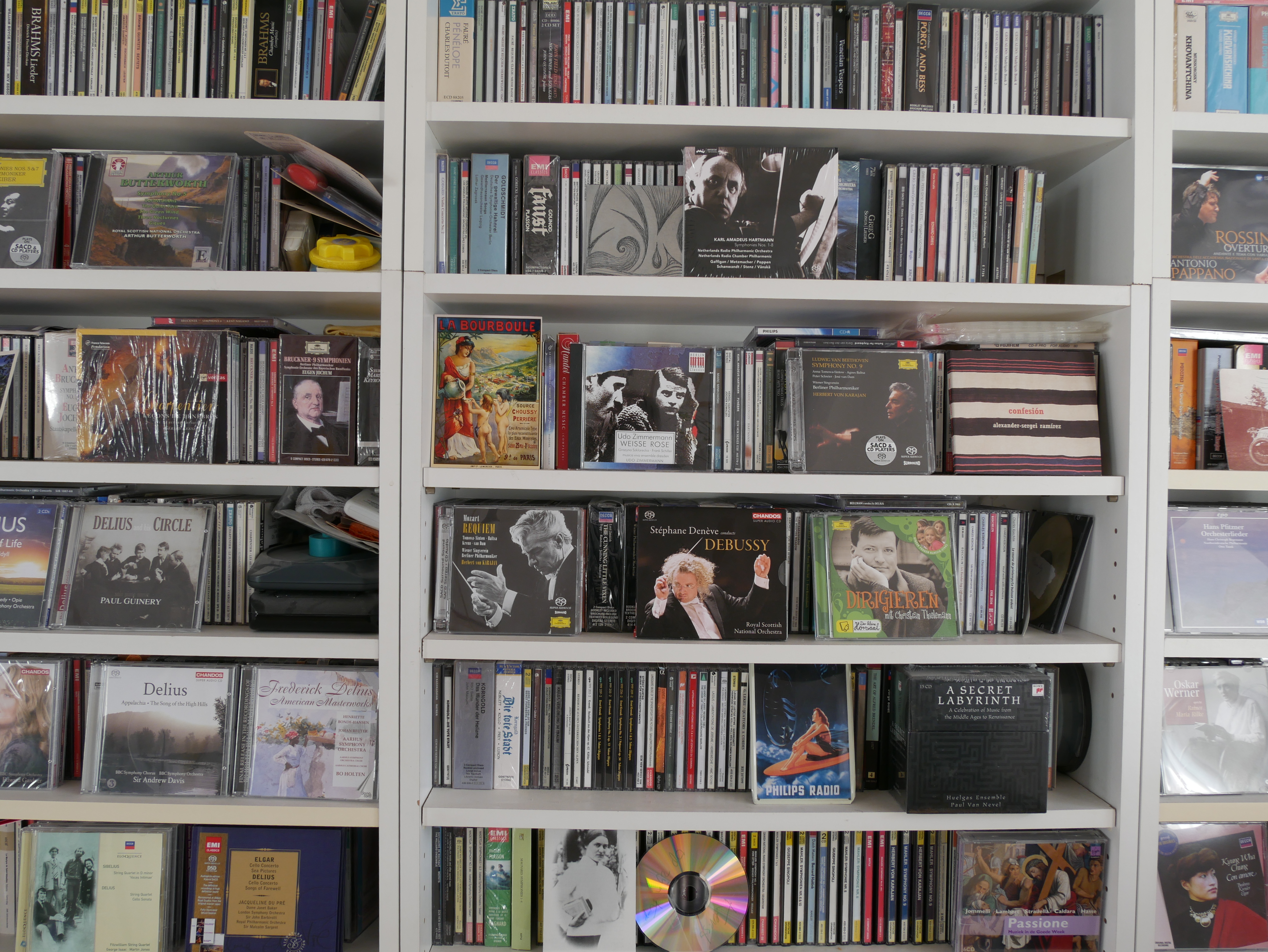 Despite the fact that it is a megazoom, this lens performs quite will. It even seems a little sharper than the 12-42 PZ.

Now we have seen these three zoomlenses in their widest angle.

Let’s compare them at their other ends. 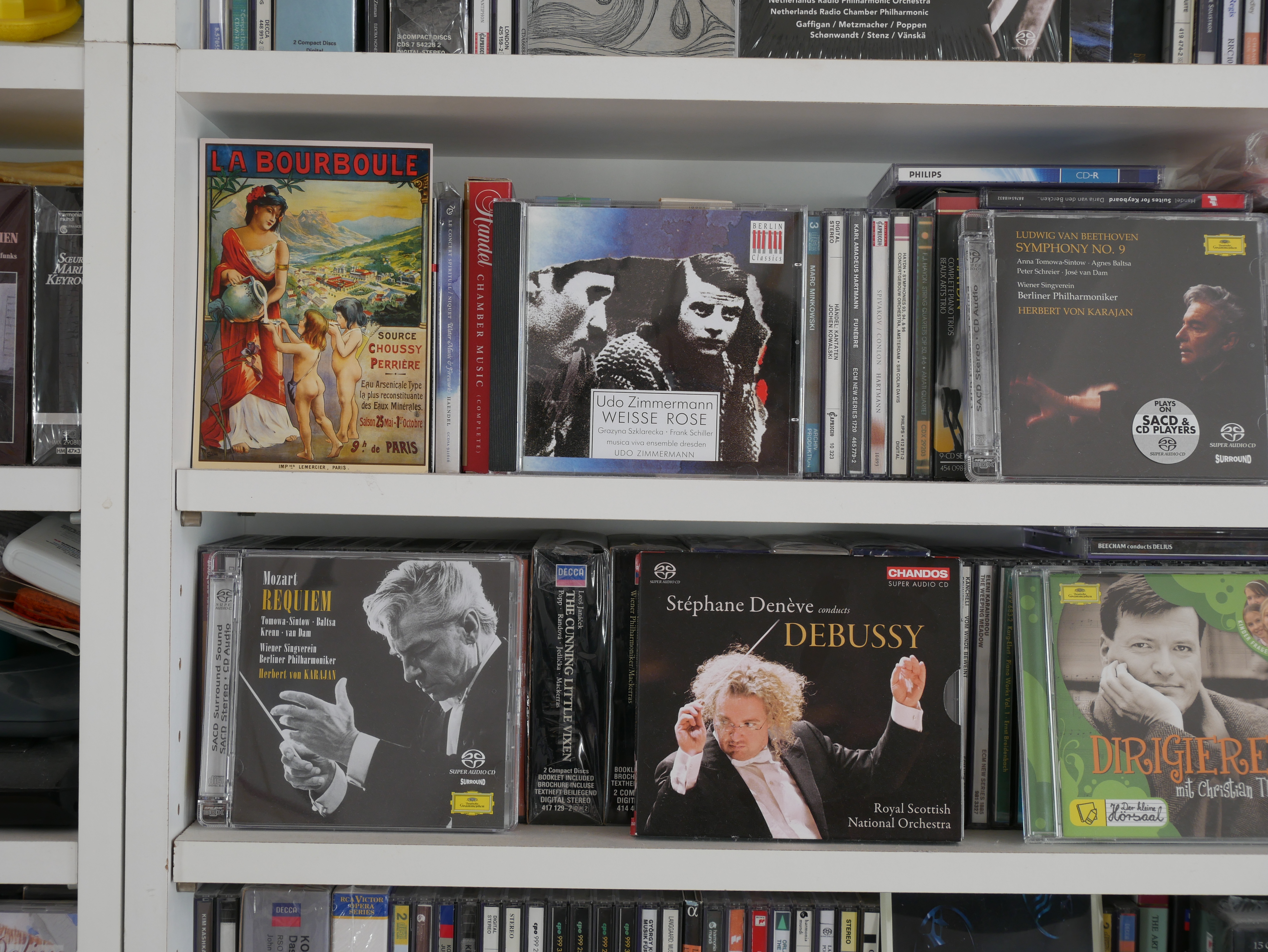 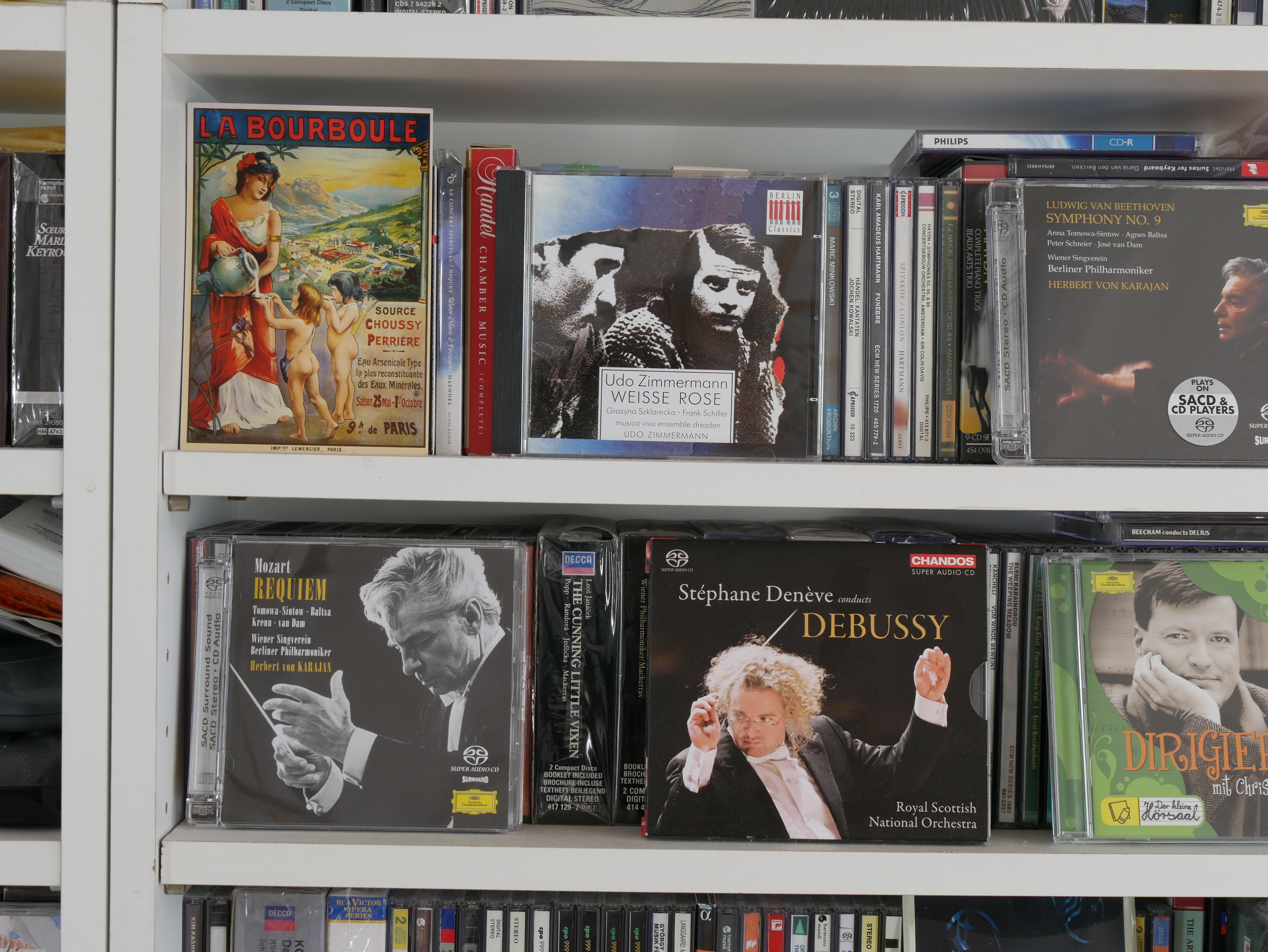 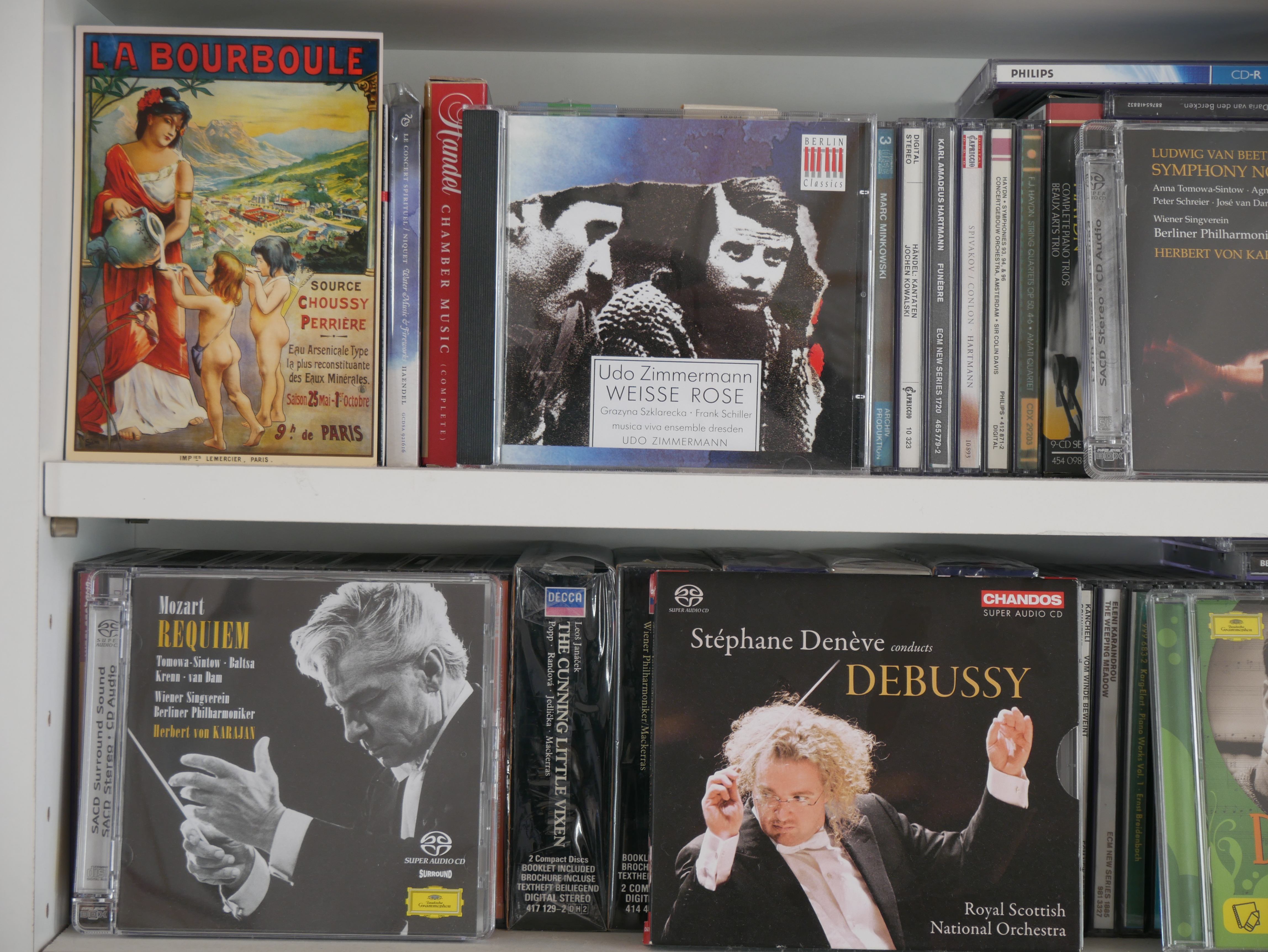 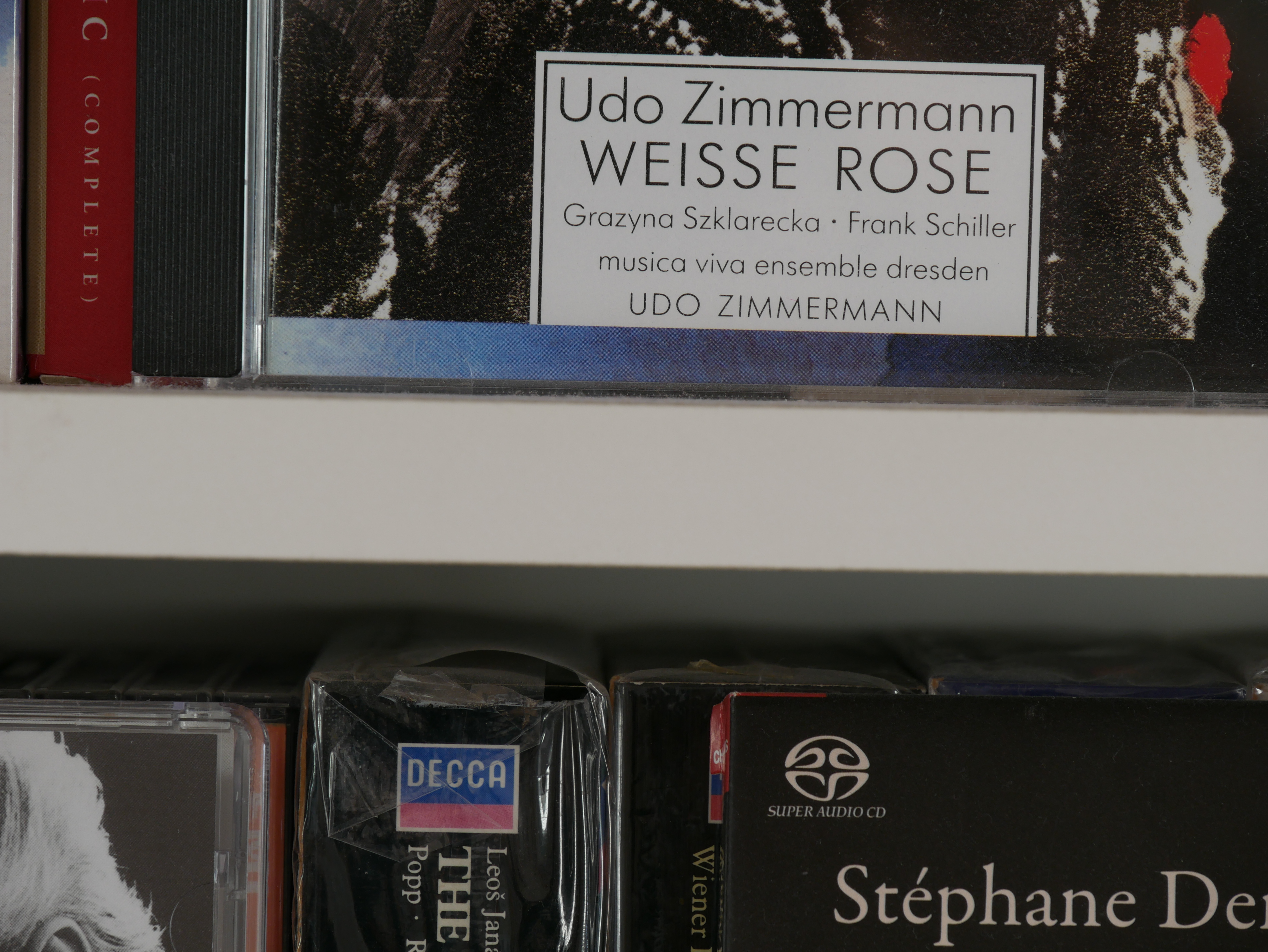 I think at their longest end the two tiny lenses perform reasonably well, but the megazoom is somewhat better.

Now let’s move on to the use of the Panasonic, Minolta and Olympus converters.

The Panasonic converters were specifically designed for the 14-42 PZ lens (and the 14mm prime lens). Probably because of this, the result at 11 mm (0.79 x 14) is quite good. Here is this lens with the WAC: 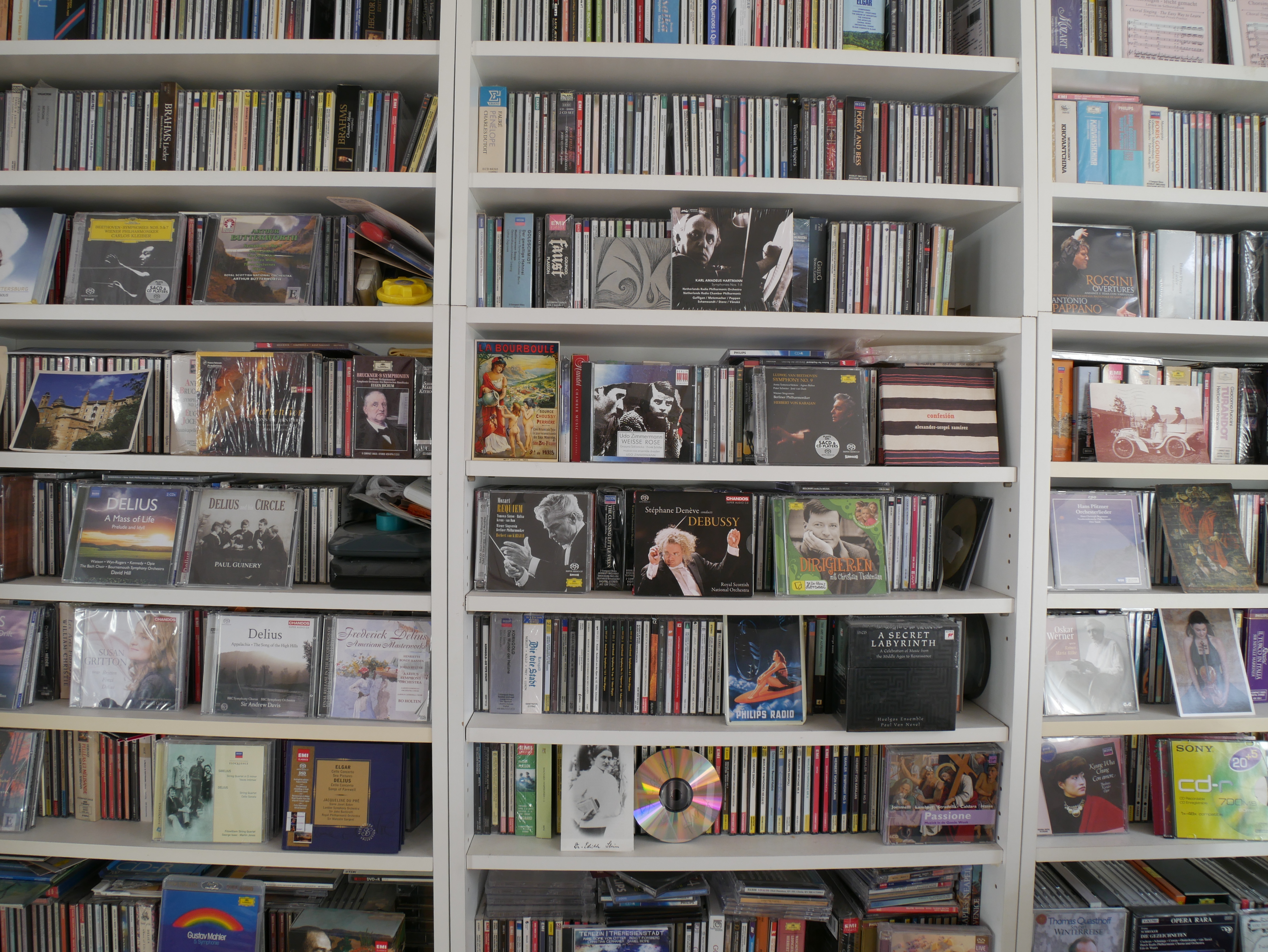 There is some extra barrel distortion, but overall the image seems quite usable. The softness in the corners can be a problem with some pictures, but in many cases this will not immediately draw attention. Certainly not if the image gets resized. Another factor to take into account is that all these pictures were taken with 16mp at the largest 4:3 ratio. If one goes down to 3:2 or even 16:9 (such as with video) that crop will eliminate the softest corners. 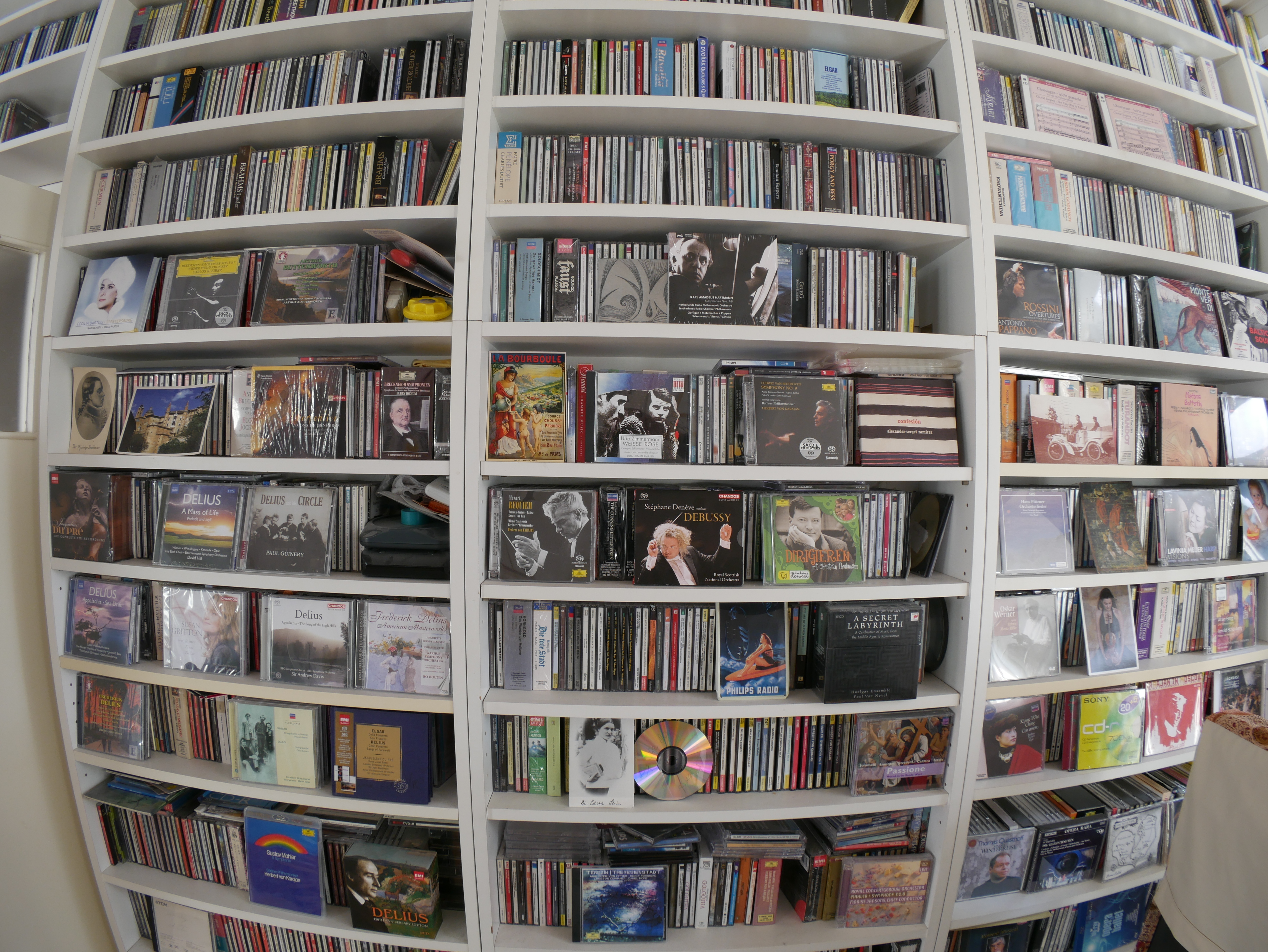 Quite nice, but of course no match for a dedicated fisheye lens. For the occasional fisheye picture it is certainly not bad.

Now what happens if we put the Panasonic WAC on the 12-32 mm lens for which it was not designed? 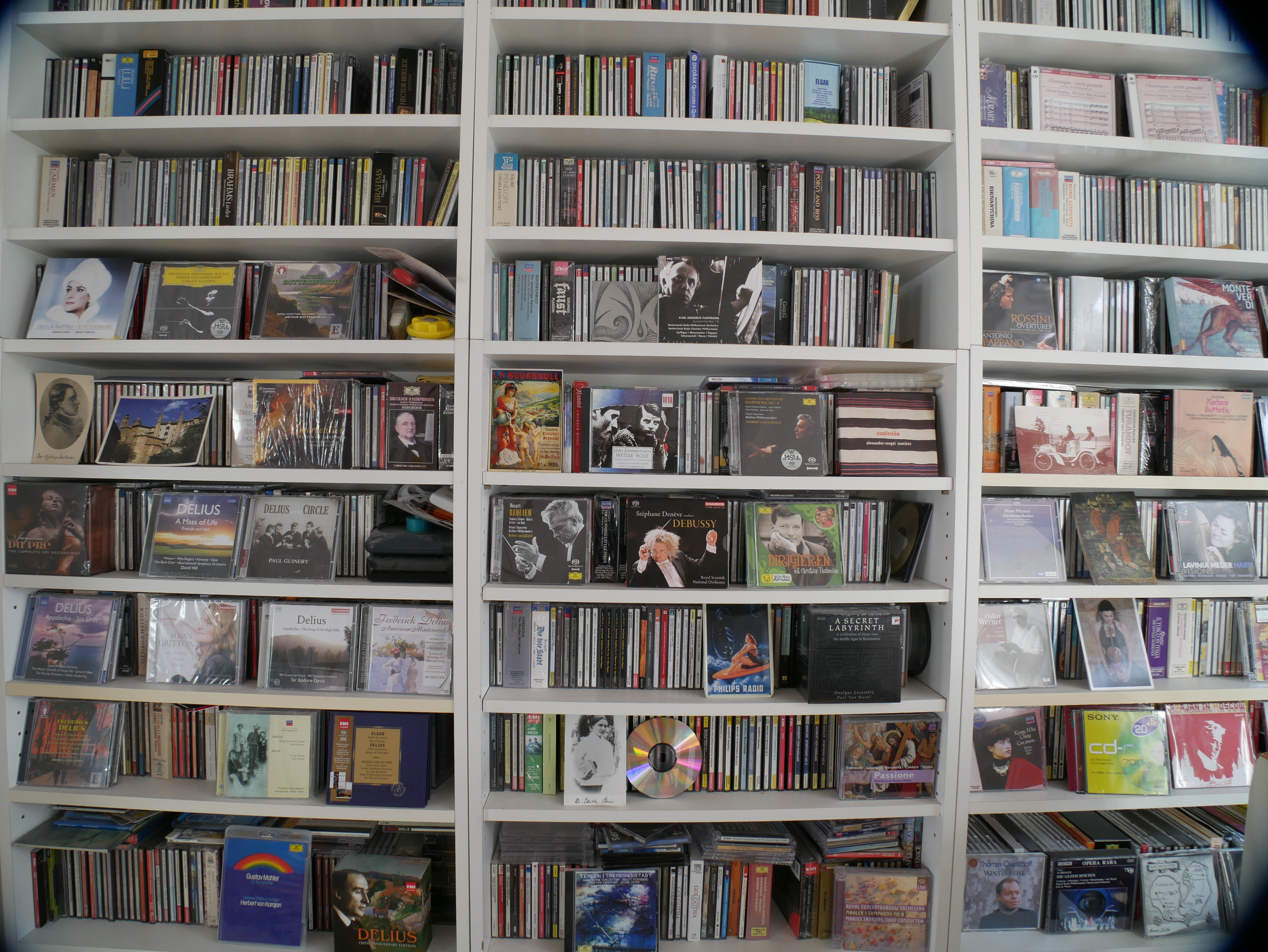 This WAC was not intended to be used on that lens, but the resulting 9.5 mm wide angle is temptating. Of course the visible vignetting and loss of sharpness in the corners is severe and the result cannot easily be used in this 4:3 factor picture. However if we crop this image to 3:2 we get this: 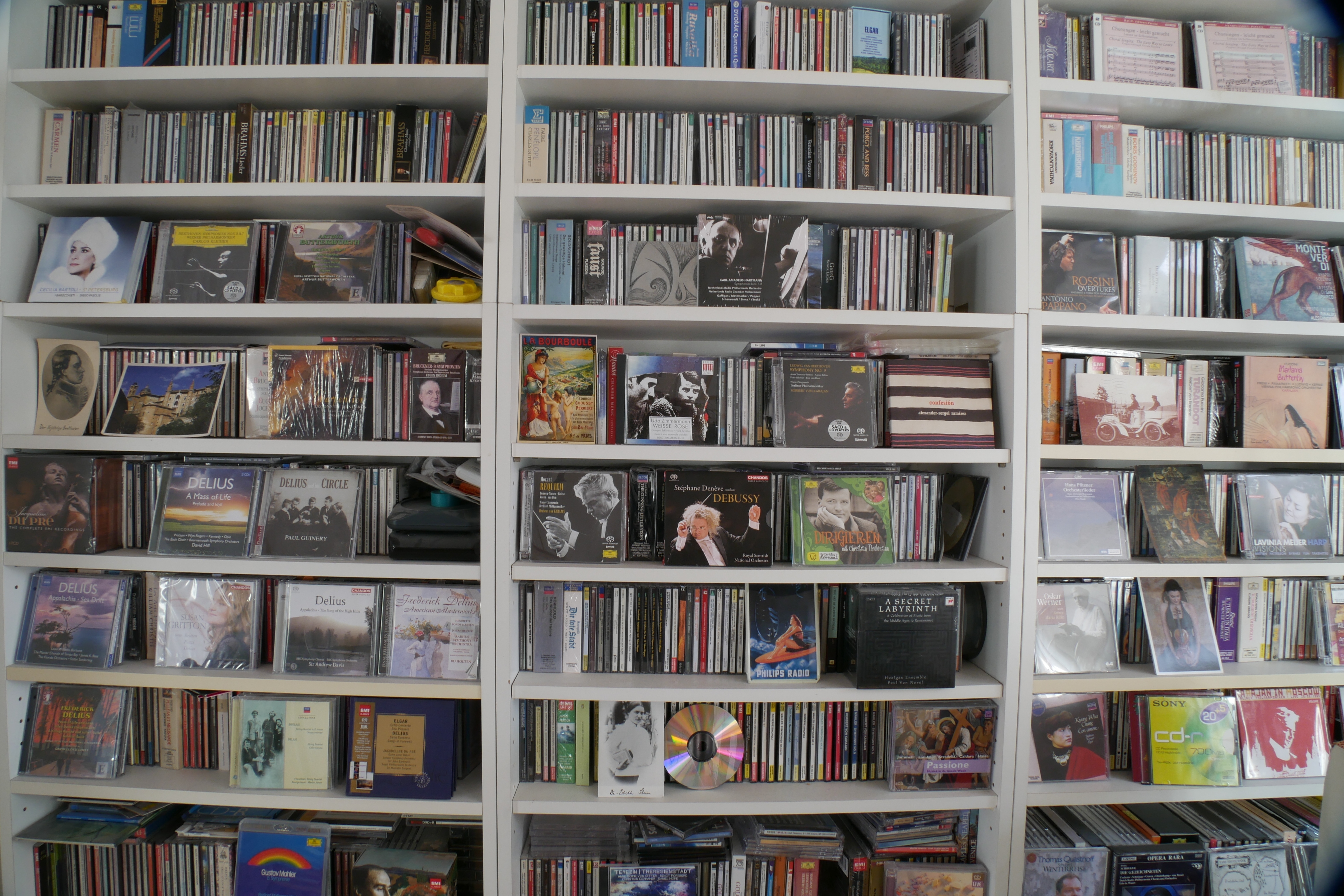 There is still some vignetting visible (on the right side), but one could problably get rid of it in post. 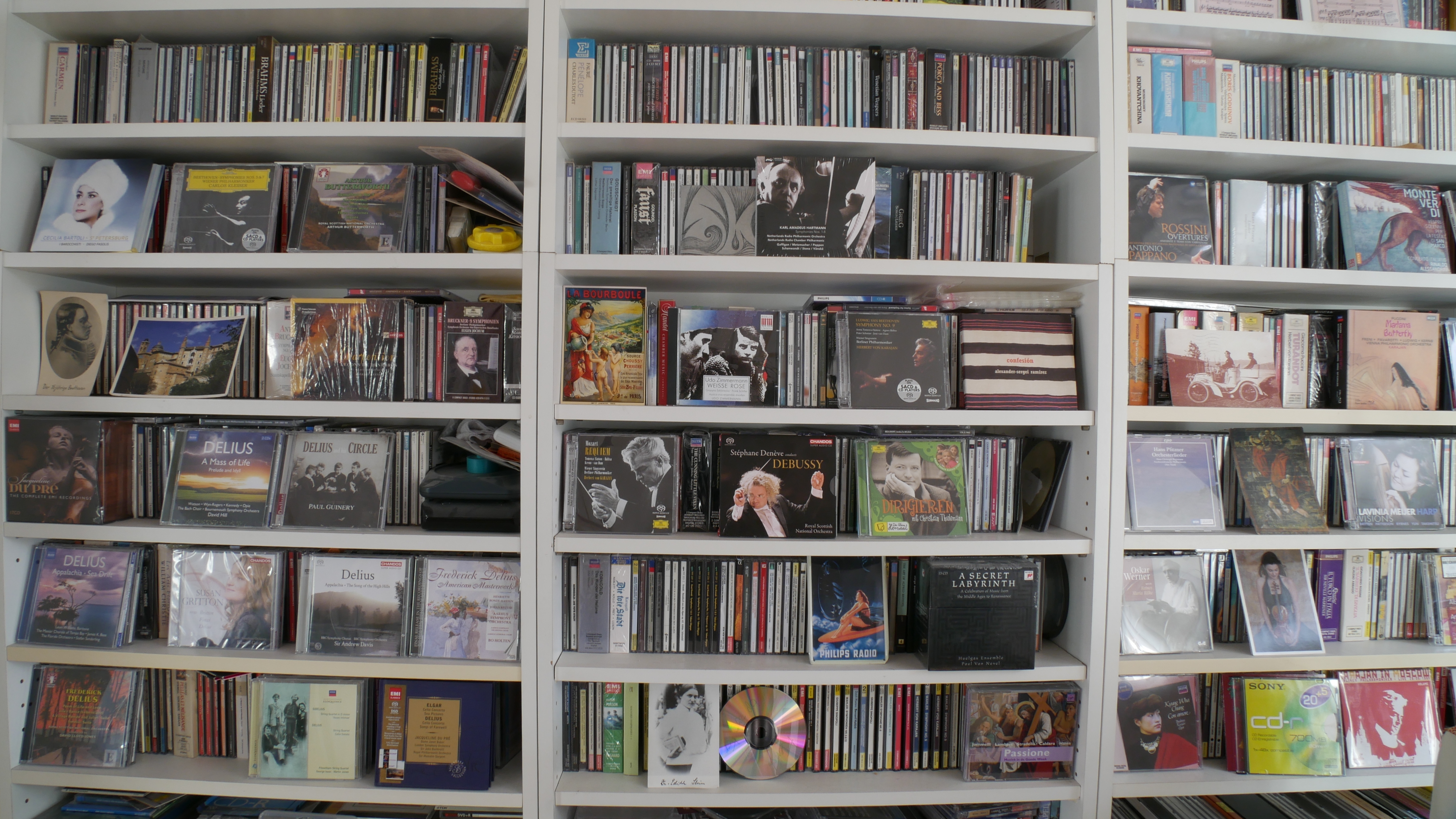 Here the vignetting is gone, and although sharpness in the extremes of the corners remains compromised, the image can be usuable. If we would use this combination for 4k video we would even get a stronger crop than the 16:9 for stills (because the Panasonic camera’s apply a stronger crop in 4k mode), and therefore this combination seems not to bad for 4k video. For a relatively low price one gets a very wide fov in video.

Addendum: Some users have tried this combination with the 12-32 at 13 mm, (giving an effective fov of 10.3 mm) and that indeed is enough to get rid of the vignetting. The somewhat softer corners remain though, but only at the extremes of the picture. In many shots they wont immediately attract attention. This is a good way of using this combination for stills.

The Panasonic WAC and FEC perform relatively well on the 14-42 PZ for which it was designed. When we use them on another lens for which it was not designed we see problems with vignetting and loss of resolution in the corners. Yet it can have its use also on the little Pana 12-32 if you take into consideration what has been said above.

Now, how do the much larger Minolta and Olympus perform when we use them on these Panasonic lenses for which they were not designed? 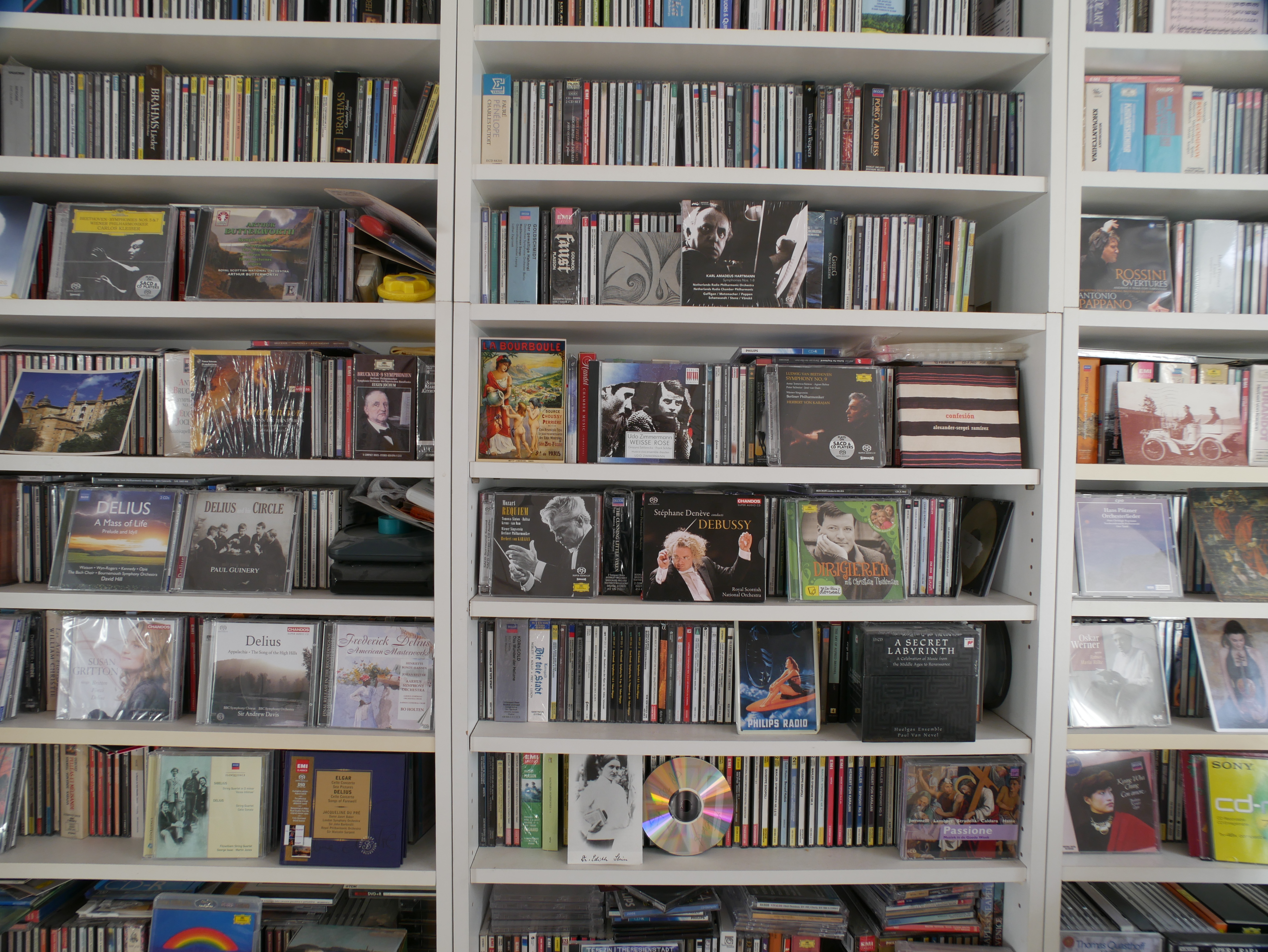 The resulting fov is 11.2 mm and thanks to the huge size of this Olympus WAC, we only see a very little amount of vignetting that could probably be resolved in post. However, we also see a quite substantial loss of sharpness outside the centre of the image, and this confirms the notion that the combination of the Olympus (although on itself a piece of high quality glass) with a lens for which it was not designed will often lead to a strong loss of resolution. 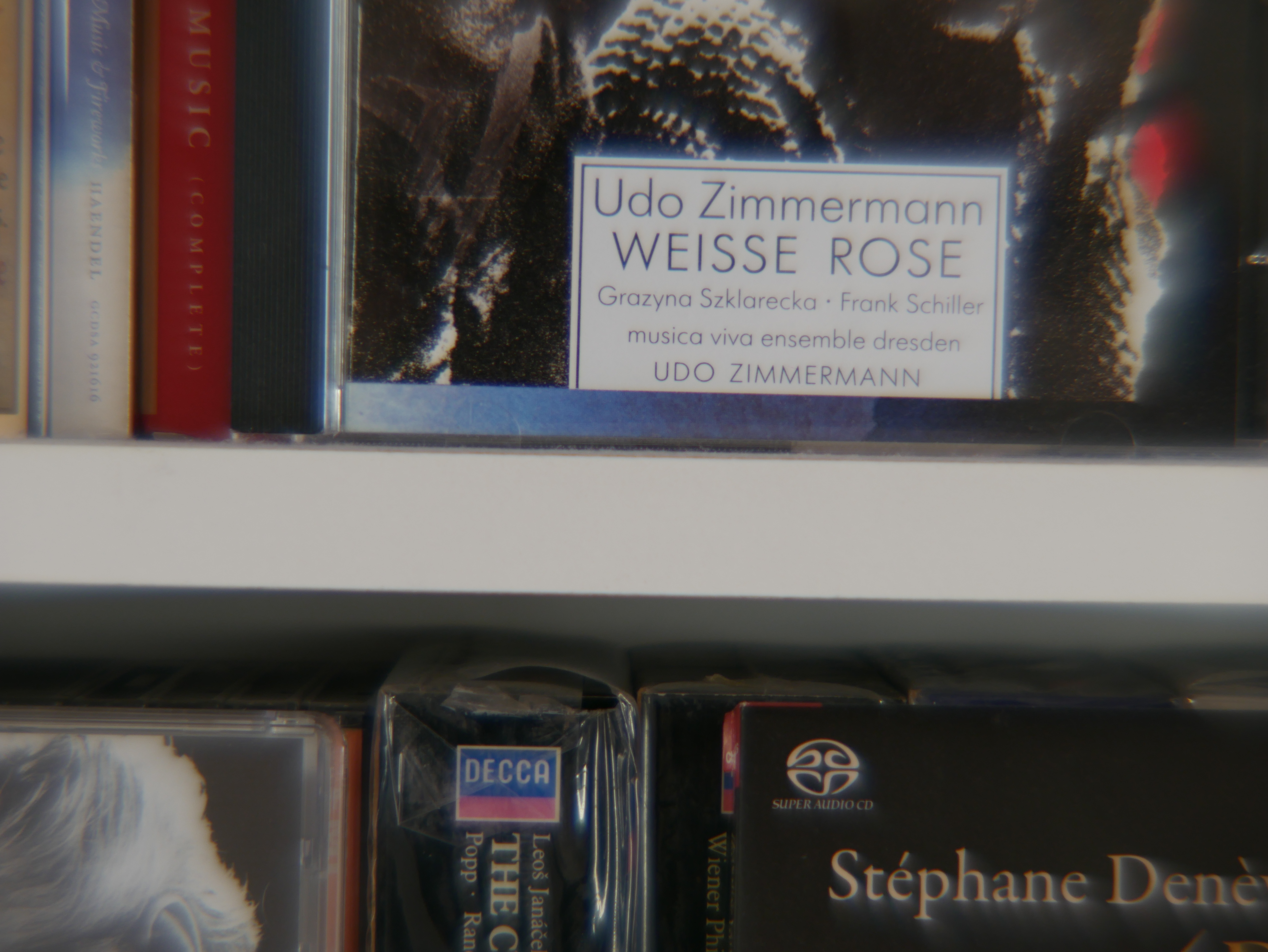 This is a hazy picture. The combination leads to some heavy degradation of IQ. 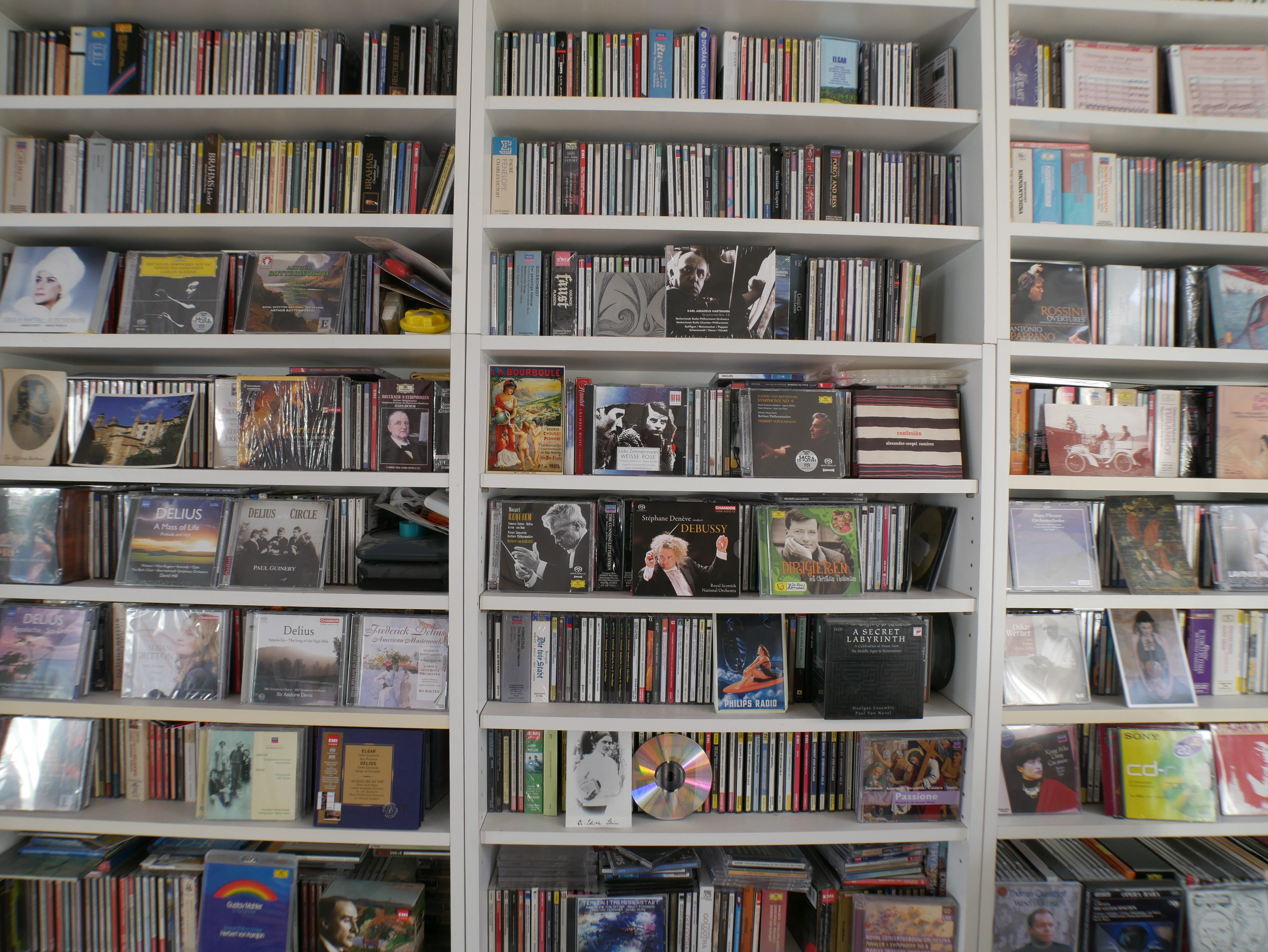 Thanks to the relatively large size of the Minolta (using a 37 to 49 mm step-up ring) there is not a lot of vignetting here. However the huge loss of sharpness from 2/3 from the center onwards is again very pronounced, making this comination also hard to use. 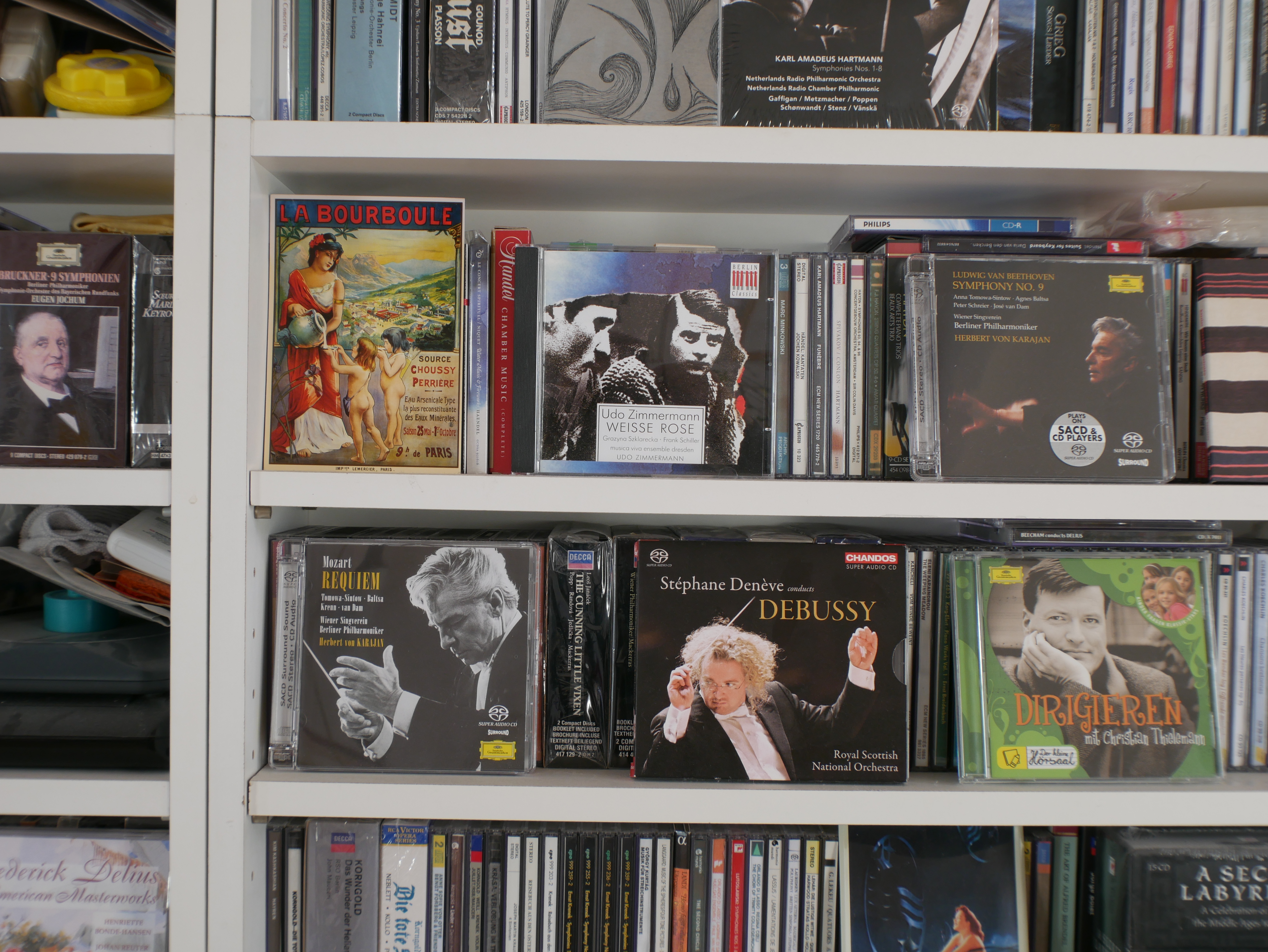 There is not the haze as in the previous combo, but only the centre is relatively sharp and from 2/3 from the centre onwards the image becomes very soft.

A friend of mine brought his Olympus 12-40 mm 2.8  Pro lens plus his Olympus 60 mm 2.8 Macro lens with him. I took the same testshots with these two lenses, so that they can serve as a reference. (Accidently all were taken with +0.3 EV but that doesn’t influence the resolution so much). 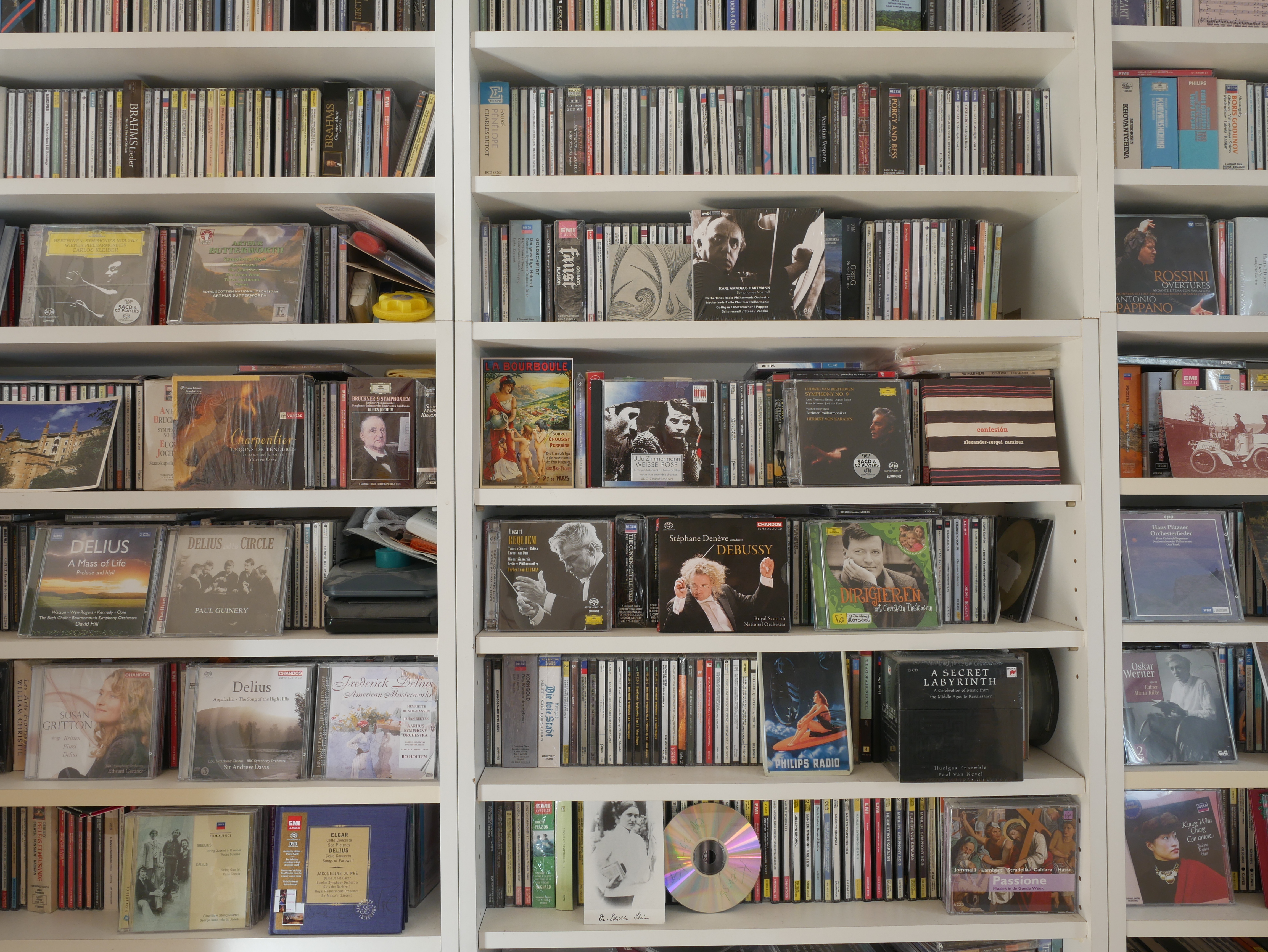 To me this is clearly the best of the zoomlenses tested here, and it better should be because this lens is large and expensive, but it does deliver indeed. 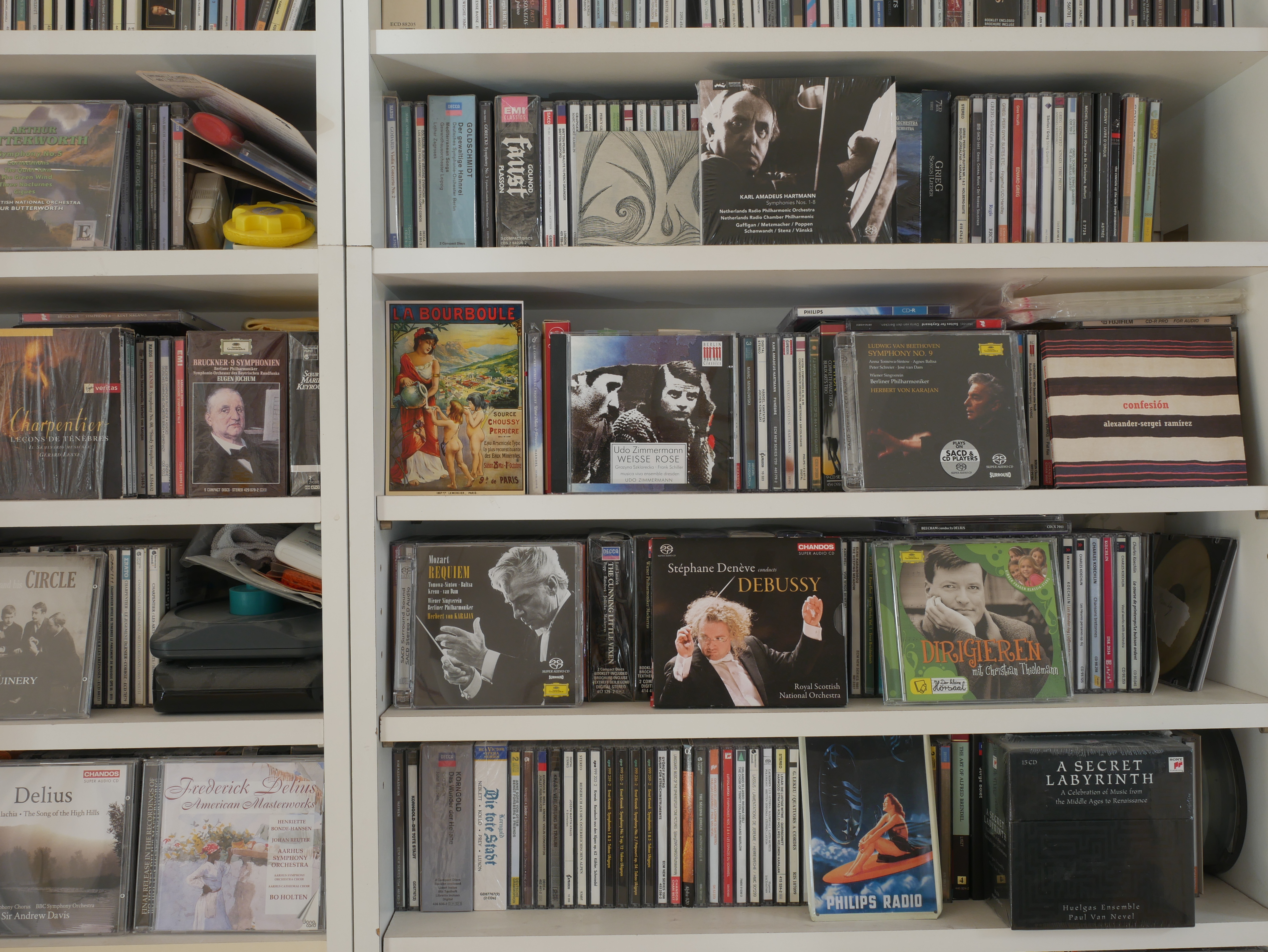 Again very good. Only the Pana 20 performs better, but that is a prime lens of course… 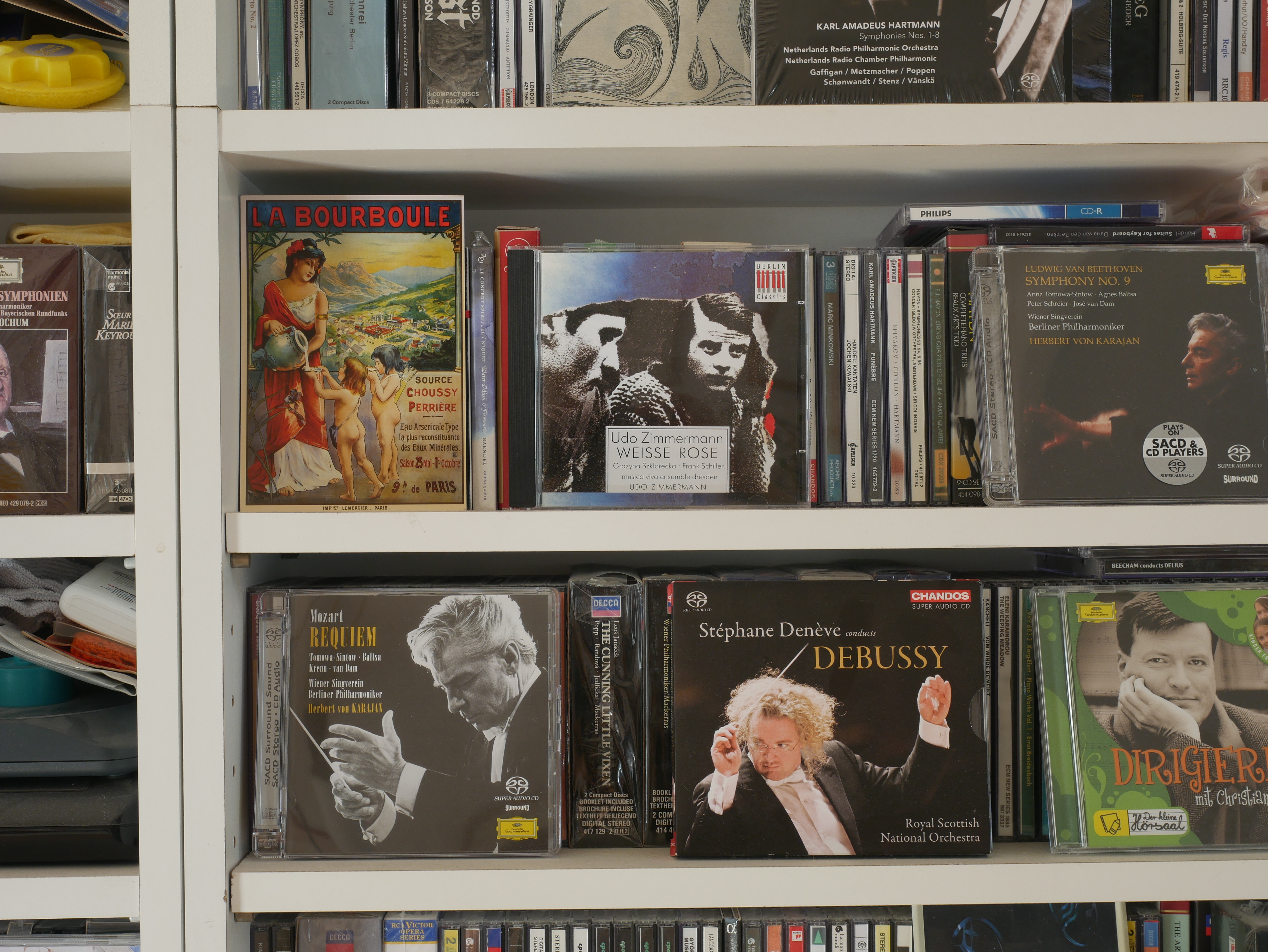 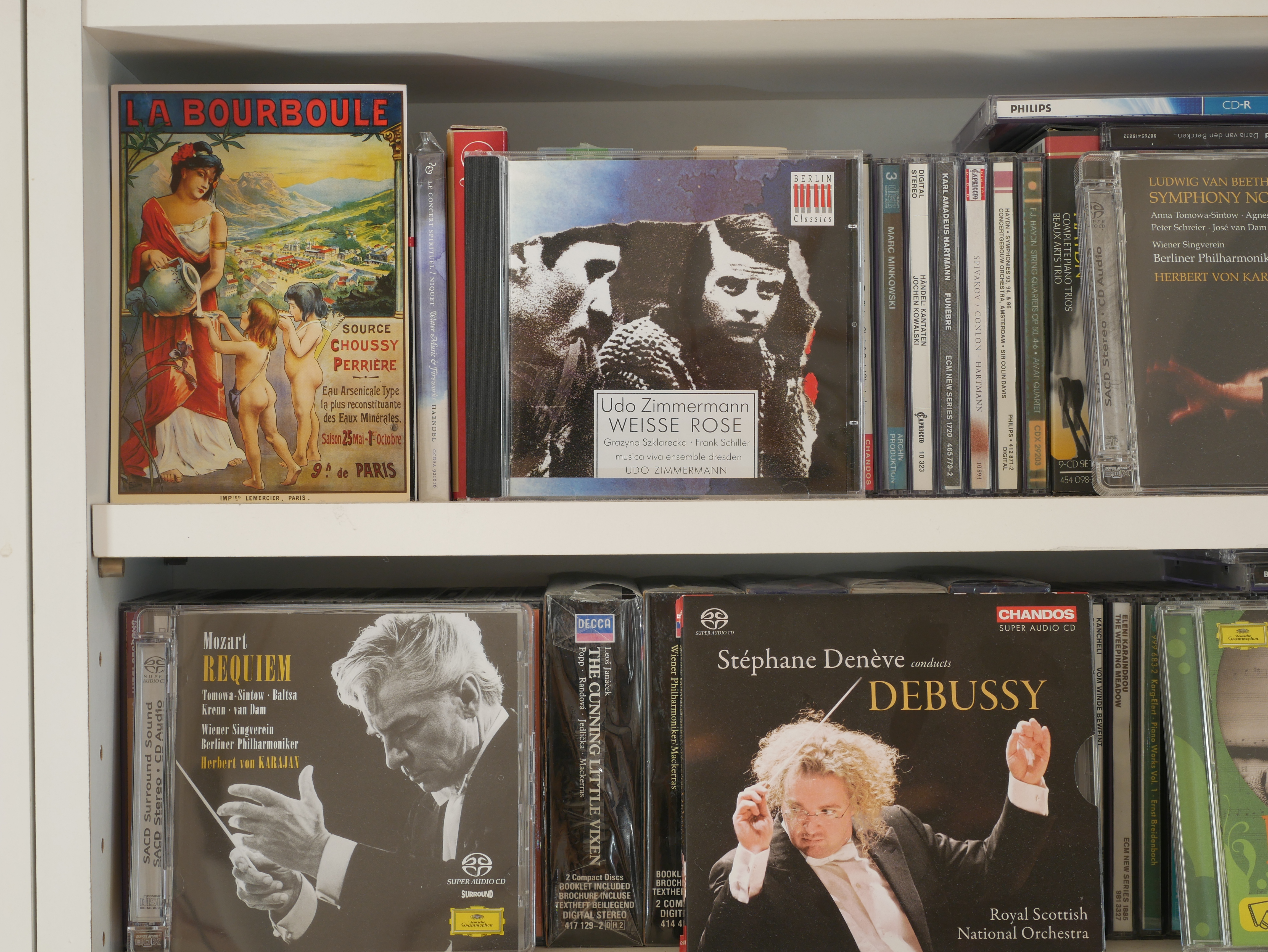 Than the Oly 60 mm Macro as a reference: 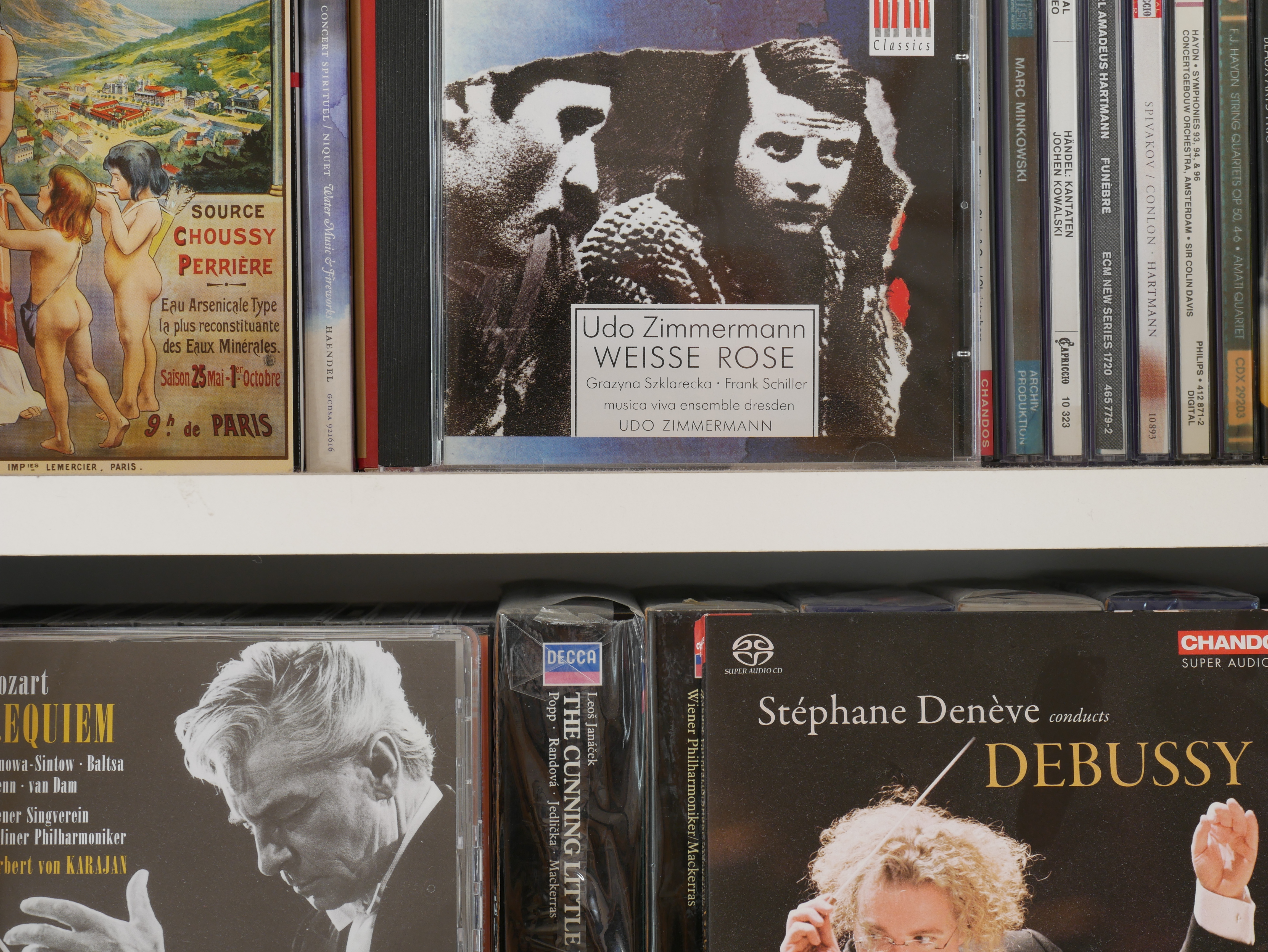 Another great primelense that is capable of doing more than just excellent macro work. I intend to compare this lens in its macro mode with the Panasonic Macro converter on the 14-42 PZ and with the 14-140 plus an excellent macro add on lens. Stay tuned for this in an upcoming article. 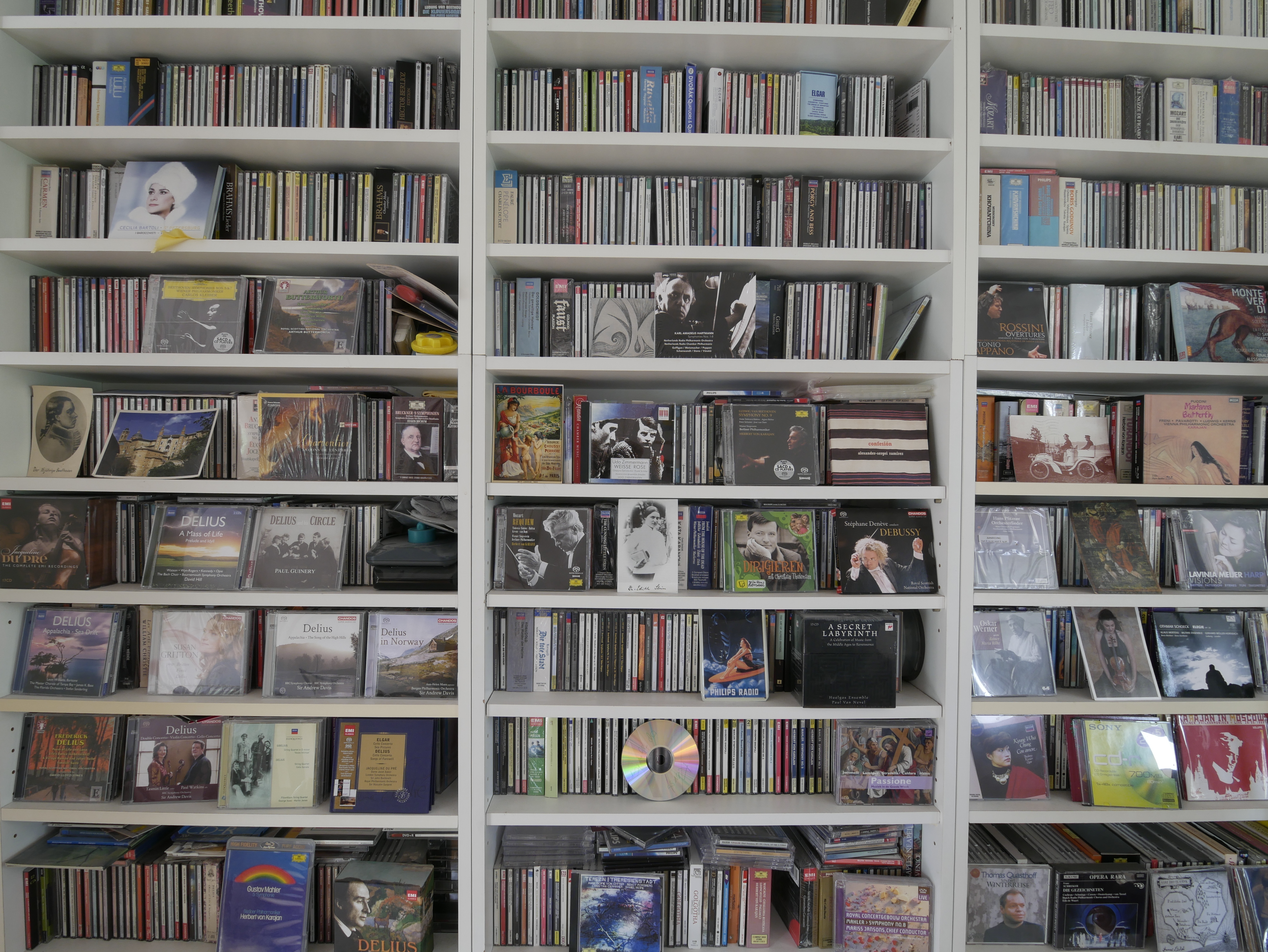 All in all this lens is a good choice if one wants to go ultrawide without spending as much as the Panasonic or Olympus 7-14 lenses, which are much more bulky too. 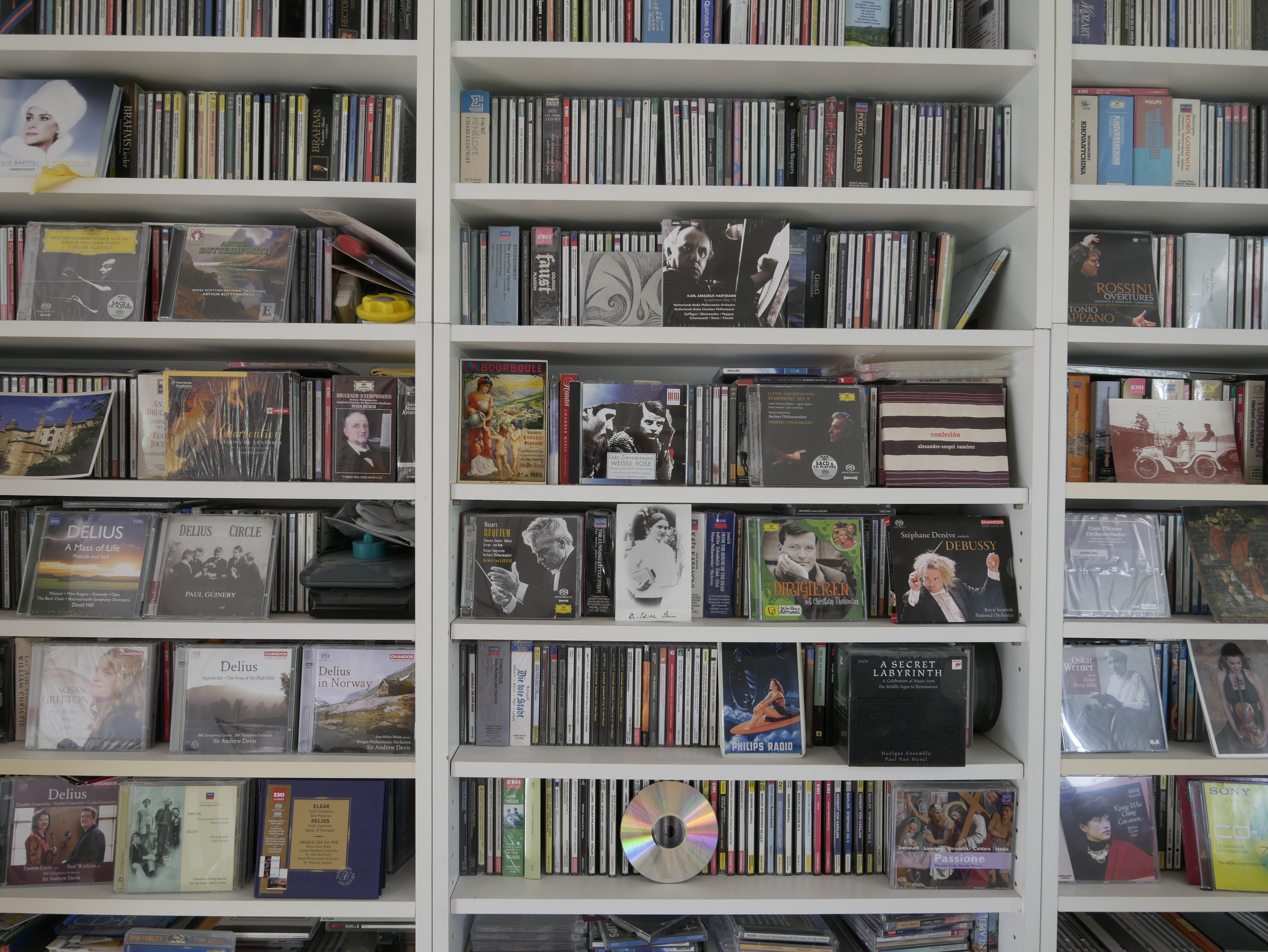 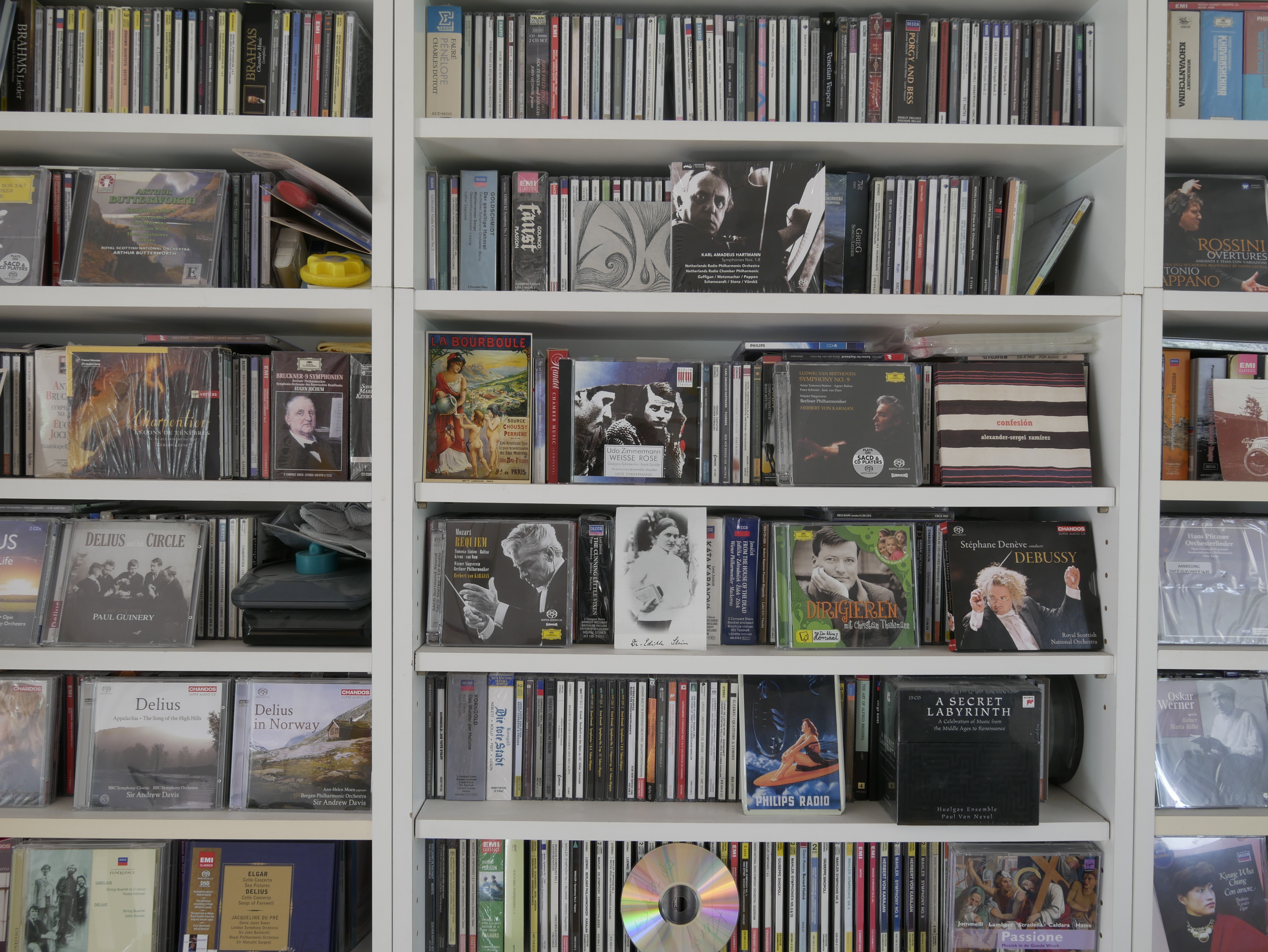 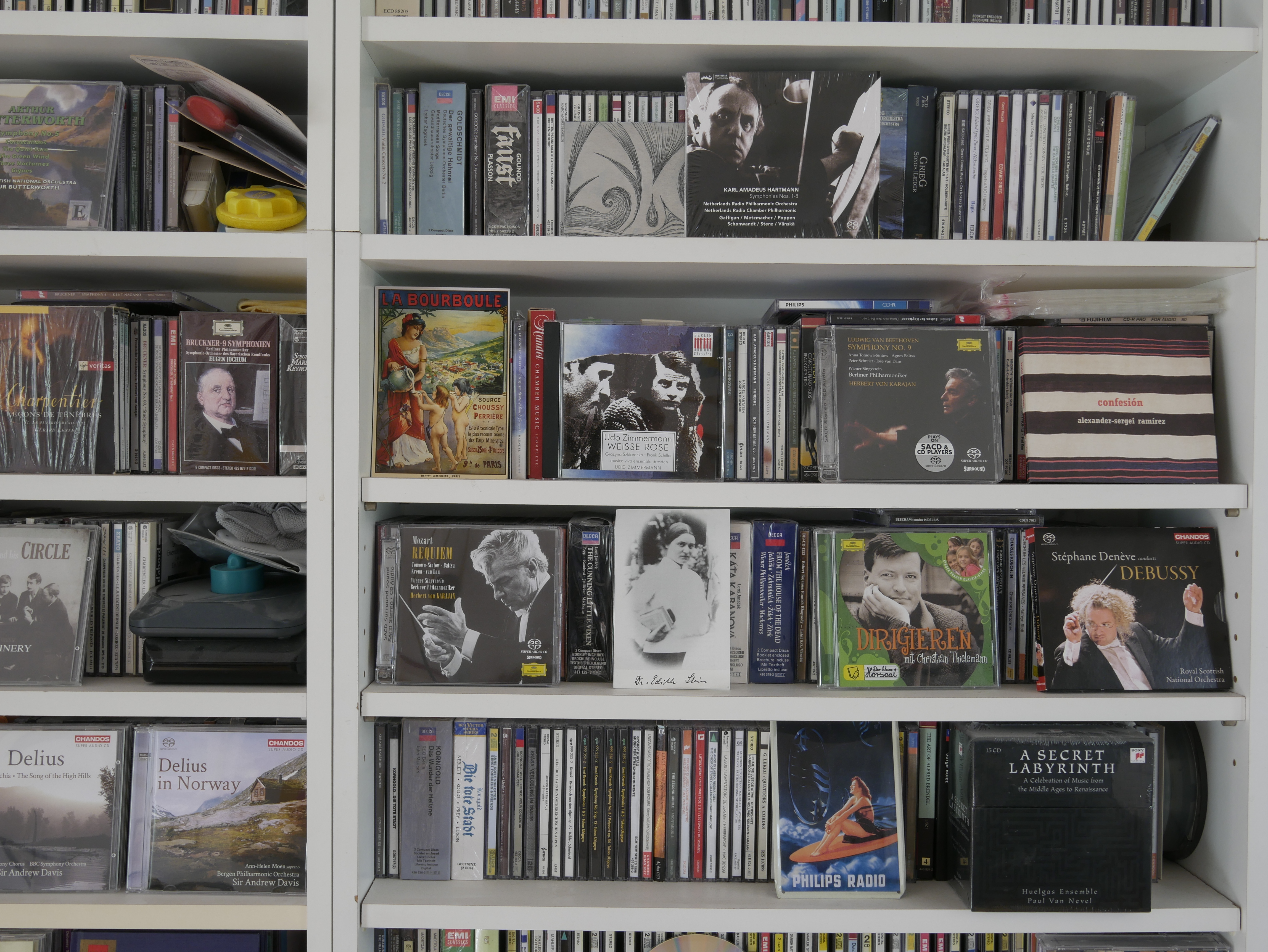 So what are my conclusions based on this little test?

I hope my findings will be of use to would-be buyers of these lenses and/or converters.

If you have any questions or comments, do write them down here…